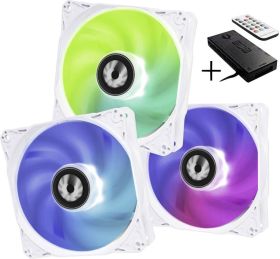 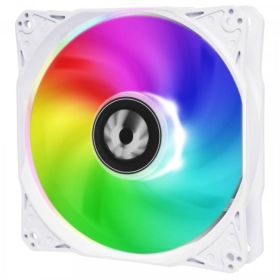 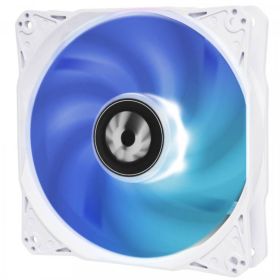 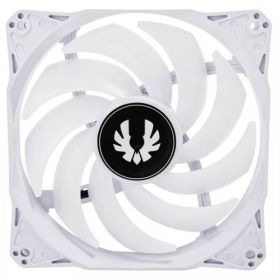 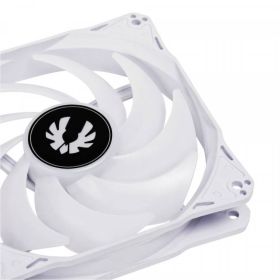 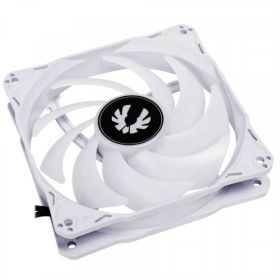 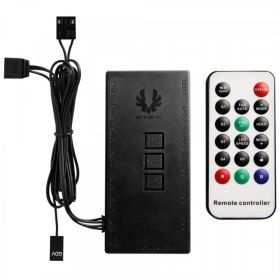 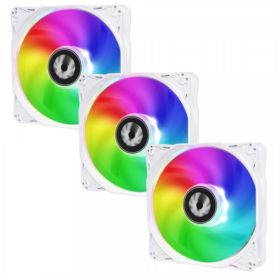 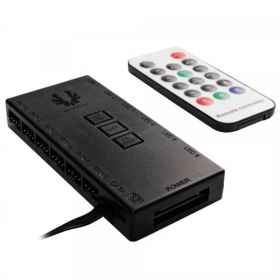 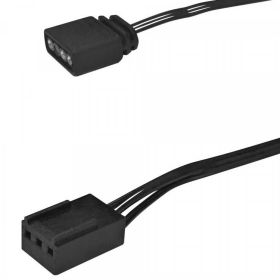 The BitFenix Spectre SE ARGB fan set contains three 120 mm ARGB fans with a matching controller and remote control. They each have eight addressable RGB LEDs per fan, which deliver rich colors and high luminosity thanks to TriBright LED technology. The connection and control is done with the included controller and remote control or a compatible mainboard and software.

The features of the BitFenix Spectre SE ARGB fan set at a glance:

The BitFenix Spectre SE ARGB convince with a strong design and good performance values. Their effective speed is a maximum of 1,200 rpm. With up to 24.4 dB(A) under full load, the Spectre SE ARGB fans work very quietly. The fluid dynamic ball bearing ensures smooth running and life expectancy . Due to the reduced friction losses, higher speeds can be achieved than with conventional fans with the same energy consumption.

There are eight digitally addressable RGB LEDs in each fan . Thanks to the TriBright technology, these are particularly bright, deliver rich colors and also have a longer service life. The scope of delivery also includes a controller and a remote controlcontain. These allow easy control of the fan speed and the lighting with up to 60 light modes . Alternatively, it can also be controlled via the mainboard software. The set is compatible with ASUS AURA Sync, MSI Mystic Light Sync, Gigabyte RGB Fusion 2.0 and ASRock Polychrome SYNC.