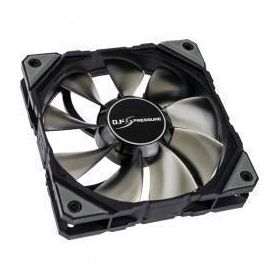 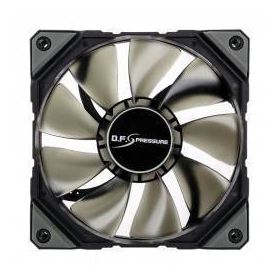 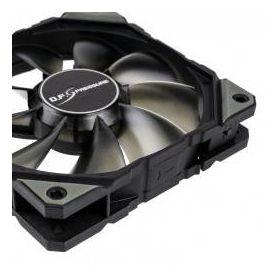 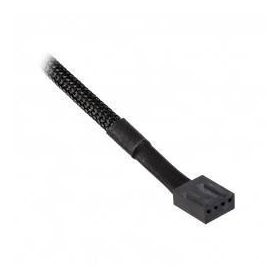 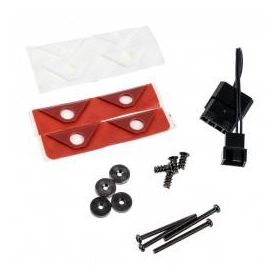 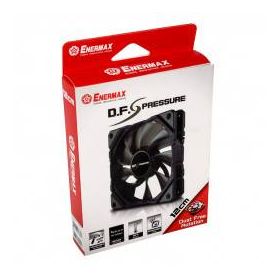 Enermax is a leading power supply manufacturer, but also offers housings and fans. In the meantime, the range of ventilators offered has also reached a considerable volume, which is covered by the D.F. Pressure model is extended by a particularly powerful fan, which is designed specifically for CPU coolers and radiators.

This takes over numerous technologies of high-end fans from Enermax. The most striking common feature is the shape of the fan blades. These are not evenly curved but wavy. This creates a high static pressure in the D.F. Pressure and ensures extremely high cooling performance with minimal noise. With its heat-resistant components, the D.F. Pressure can also be used at extreme operating temperatures of up to 85 ° Celsius.

The D.F. Pressure models use the Adjustable Peak Speed ​​feature. A small switch on the fan frame can be used to adjust the speed spectrum in three stages. In ultra-silent mode, the speed ranges from 800 to 1,000 rpm. The middle stage named silent mode runs at 800 to 1,500 rpm. In the performance mode, the maximum speed increases to 2,000 rpm. Within the selected operating mode, the speed control is carried out automatically via the PWM control of the mainboard. At minimum speed only 16 dB (A) is generated, transported at maximum speed over 145.15 m³ / h.

For an extremely long life of up to 160,000 hours MTBF ensures the Enermax patented Twister bearing technology. Thanks to her the fan runs quieter and quieter. After starting, the fan first runs in the opposite direction for 10 seconds to shake off accumulated dust. The fan blades can also be removed by a simple click for cleaning.