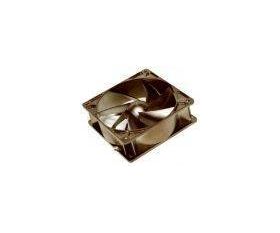 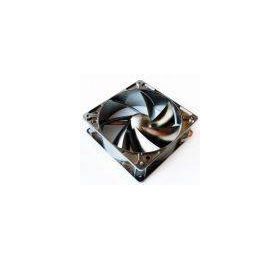 The ultimate in airflow to noise ratio, iXtrema Pro Quiet Fans are the only fans in the industry to be designed with silence and optimal airflow in mind. Smaller, domed motor hub, larger, more dramatic fan blade sweep area, no other fans on the market come even close in performance! There might be fans that offer more airflow or lower noise levels, but when it comes to a balance between the two, these fans can't be beat.

I was disappointed with this fan because the manufacturer specifications are WRONG. This fan is rated at 18 dBA. But this is not true. I bought it because I wanted a QUIET fan capable of substantial airflow. My conclusion is this is a good fan BUT at LEAST 10 dBA louder then specified. Don't believe the manufacturer specifications. I have three fans:

The SilenX Fan IXP-76-18 is clearly the loudest fan despite the fact that it has the lowest dBA rating. It is louder then my Scythe Slip Stream rated at 26 dBA and slightly louder then my Yate Loon rated at 33 dBA. I bought it to replace the Yate Loon but now I think why bother. All the fan loudness was compared at 12v full speed. I read another review which also said the same thing but choose to ignore it because I really wanted the fan to be incredibly quiet, it was an expensive mistake because half the reason I chose this fan was it was quieter then my existing fan.

The second reason I chose this fan was for the airflow. I have not installed all the SilenX fans I have bought yet so I can't say how much it lowered my temperatures compared to my existing setup. What I can say for now is that comparing the airflow side by side with hand the SilenX did feel like it has more CFM then the Yate Loon fan which is what I expected.

One other thing I did not like about this fan is that the fan casing is easy to bend by pushing on it. My Yate Loon is hard as a rock. Paying this much for an aftermarket fan I expect it be of higher quality then a standard fan not less. I would not buy this fan again, I think there are similar or better products on the market for less money.

© 2007 - 2021 HighFlow.nl.  Powered by HighFlow. Chamber of Commerce: 24426913 - VAT: NL001636459B34. This is an online webshop, therefore orders can only placed through our webshop. On all services and deliveries the general sale- and delivery conditions are applied. All prices are 21% VAT included, unless your location is outside the EU and you are logged in. Any and all prices of purchase of goods and services under the contract shall be with the reservation of price changes due to circumstance.