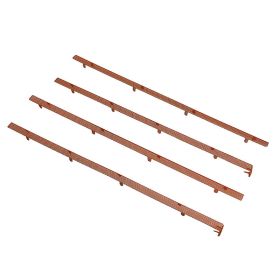 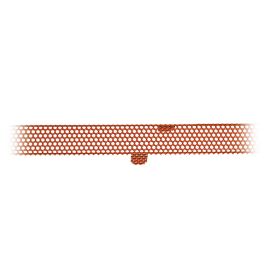 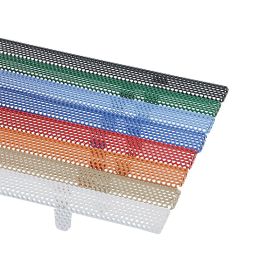 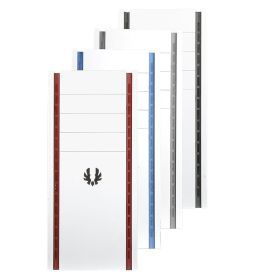 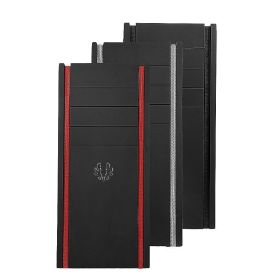 Custom design is the central motivation for most optical PC modifications. While alternative lighting, for example, is relatively easy to implement, the color of the housing is more complex. However, BitFenix now offers a versatile, easy-to-implement and very inexpensive mod solution.

The core is the Core Edition of the Shinobi Midi Tower. In contrast to the already known original, this is also available in a white version and is delivered without mesh stripes and without a front logo. In addition, the manufacturer offers exactly these missing components in various color designs, opening up countless possible combinations. Even a later conversion is no problem (original and core).

This is such a set with four red mesh strips. Two are intended for the front and two for the lid of the shinobi. In the core versions, these stripes are simply pushed into the pre-punched openings and the mounting brackets are then bent on the back. With the normal shinobi, the existing screens must first be dismantled.

For installation, the front and top panels should be removed, which should be done carefully in the case of the cover, since the cables for the connection panel and the I/O panel are attached to it. The red mesh stripes provide a chic contrast to the white shinobi and a subtle look to the black tower. The set can of course be combined with other sets, for example to equip the front and lid with differently colored stripes.