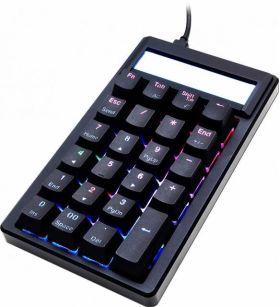 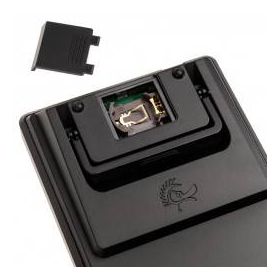 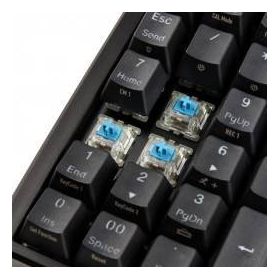 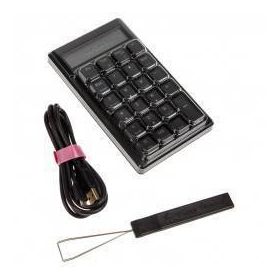 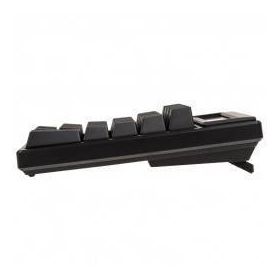 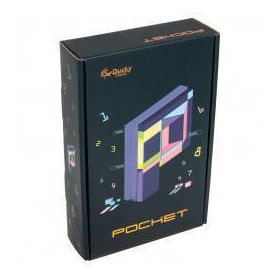 The Ducky Pocket PBT Numpad is a numeric keyboard that uses high-quality mechanical Cherry MX blue switches. Other useful features like a RGB LED backlight as well as programmable macros make the Numpad very interesting for gamers. The built-in pocket calculator function makes the Ducky Pocket PBT Numpad unique. Due to the high-quality PBT double-shot keycaps paired with the mechanical switches, a very high life expectancy is to be expected.

The Ducky Pocket PBT Numpad at a glance:

This version of the Ducky Pocket PBT Numpad comes with Cherry-MX Blue switches. These are very tactile and, in addition to a very precise switching point, also give a noticeable and audible click. Thus, these are mainly switches which are intended for practiced writers. Once you get used to the Blue switches, you hardly want anything else. But also gaming is possible with the Cherry MX-Blue-Switches at a high level.

Thanks to USB N-Key Rollover, any number of keys can be operated simultaneously, without ghosting or other delays. Here is the 1000 Hz report rate of the USB port of help, which sends every millisecond of data from the keyboard to the PC.

For an absolutely safe stand, the Ducky Pocket PBT Numpad has a rubberized stand. This prevents annoying slipping in hot gaming situations and gives the Numpad a higher set-up angle.

Technically impressive are the different modes and assignments of the Pocket PBT Numpad. In addition to the standard layout of a numpad, which has been extended by a further series and thus to 23 keys, other key assignments are also possible. In PC1 mode, the Pocket PBT Numpad is usable as a normal numpad and uses the layout shown. If you switch to the PC2 mode, instead, for example, arrow keys are activated, as is also known by other Numpads as a second assignment with an FN key.

In addition, there is also a pocket calculator mode that provides additional mathematical functions such as root computation. By removing the USB connection cable, the Numpad automatically switches to the battery operation, in which only the pocket calculator function can be used.

With the so-called keycodes, multimedia functions can be used. In addition to the usual functions, the mouse pointer can also be controlled. To enable gamers to benefit from the Ducky Pocket PBT Numpad, Ducky Pocket Macro V1.0 can be used to assign a macro to the buttons.

The Ducky Pocket PBT Numpad's frame and lid are made from a two-layer black PCB, which increases life expectancy and improves the signal stability of the keyboard. The key caps are made of polybutylene terephthalate, or PBT for short, that are produced by a double-shot process and are significantly longer lasting than ABS-made keys. In this process, plastic is poured around a molded piece of metal or plastic so that the two components are joined together. The lower part of the buttons is made of a translucent material, while the upper layer, with the exception of the desired recesses, does not make any light visible, so that the LEDs underneath the keys light up the letters and special characters on the keyboard.

The optical highlight of the Ducky Pocket PBT Numpad is undoubtedly the professional RGB LED lighting, with which virtually infinite design possibilities can be realized. It offers a total of six different lighting modes, one of which is more unusual than the other. For example, the full-backlight mode illuminates all buttons, allowing the color and brightness to be adapted to the user's needs. With the LED Zone Customization mode, custom profiles can be created to illuminate the buttons and can be configured according to the user's needs. In addition to the LED modes, the intensity of the lighting and the effect speed can also be adjusted quickly and easily. The special highlight of the Ducky keyboard is mainly the completely softwareless configuration of the RGB lighting. All settings and changes can be made via different key combinations.