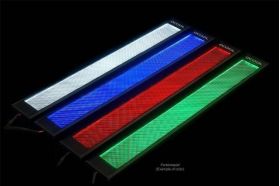 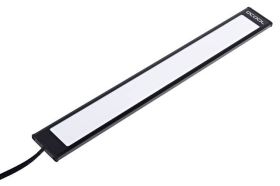 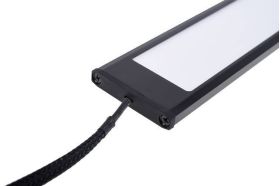 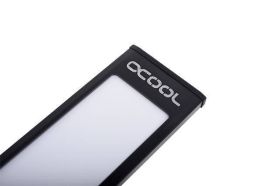 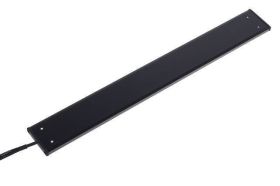 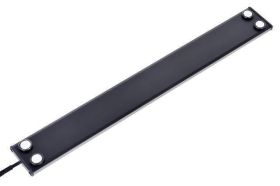 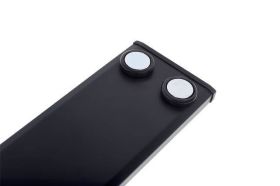 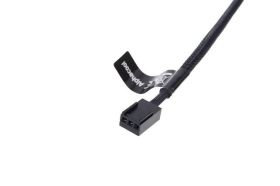 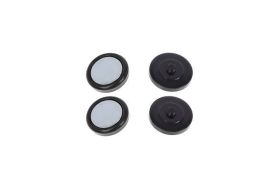 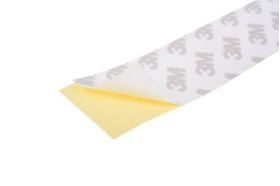 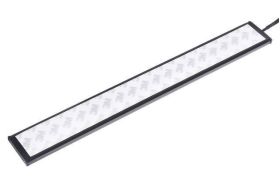 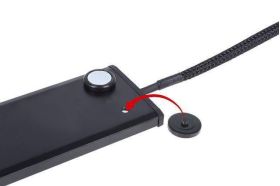 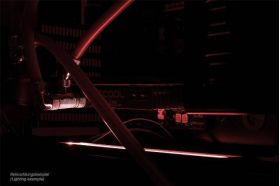 The “Eislicht” is starting a new evolution in case illumination.

Current LEDs have a very piecemeal illumination that’s anything but consistent. Older cathode tubes offered a much more pleasant light, but had a short lifespan and weren’t very easy to place due to their large size. The Alphacool Eislicht combines the long lifespan of LEDs with the uniform, consistent glow of a cathode tube.

In order to combine these advantages, Alphacool used a proven technology used in monitors and TVs for backlighting. This makes Alphacool the first manufacturer in the world to bring this technology to the market for computer illumination.

So that the Eislicht can be mounted in any position, Alphacool ships it with four screws with magnetic heads. This makes the Eislicht easy to install, as well as easy to remove and reposition. Since aluminium cases and plastic components aren’t magnetic, a double-sided adhesive strip is also included. The lights are powered through the familiar 3-pin plug found on most fans.

Light. Small and most importantly, not as bright as led strips. It's more of a gentle light which I was looking for and looks great in my system.

Requires a 3 pin fan header. Would have been great if it came whit an SATA to 3 pin connector.