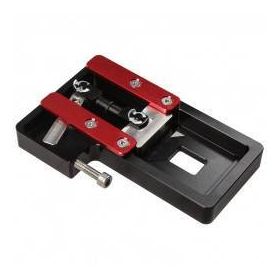 Anyone who already built up their gaming PCs in the early 2000s may be reminded of the numerous cases of defective AMD Athlon XP CPUs whose silicon cores had broken off by incorrectly placing the CPU cooler at the corners. In order to avoid such a high stereotype of otherwise perfectly functioning processors, especially with less experienced users, a metal heat spreader was added to the CPU package for subsequent CPU generations, starting with the AMD Athlon 64 and Intel Pentium III, for simplified handling of the cooling mount Which has since successfully protected the CPU die from damage.

This integrated heat spreader (IHS), which is mainly made of nickel-plated copper, conducts the chip's waste heat to the CPU cooler and distributes the thermal energy generated during operation over a larger area than the pure silicon itself would provide. However, a thermal interface material (TIM) between the heat spreader and the silicon chip, which has not been made of solder since Intel's Ivy Bridge generation from 2012, is made of a standard heat-conducting paste Replaces the solder on all subsequent CPU series and thus strongly impedes heat transfer and therefore excessive overclocking due to its relatively low thermal conductivity.

How powerful CPU cooling is dimensioned does not matter, since the warm-up is already inside the processor package. In order for such a CPU to be sufficiently cooled even with pronounced overshoots, bold enthusiasts and extreme overclockers quickly separate the heat spreader with a sharp razor blade or similar utensils. However, the greatest caution is required and a lot of fingertip sensation is required in order not to mutilate vital components for the CPU at the same time. Even for professional overclockers with a lot of experience this radical method is so far not without risk feasible.

The Delid Die Mate X at a glance:
• Convenient tool to remove (heat) the heat spreader of a CPU
• Fast, light and above all without damage
• Made of high quality anodised black aluminum
• Compatible with current Intel Skylake X & Kaby Lake X processors
• Convenient and secure overclocking like a pro!

Simple and safe to the limit overclocked as an overclocking champion!
The Delid Die Mate X developed by benchmark grandmaster Roman der Hartung for this reason provides a solution to this problem and allows everyone to remove the heat spreader easily, safely and safely without the premature death of the CPU , The name of the processor guillotine from stable, black anodized aluminum with long-lasting stainless steel elements can be translated freely into German with "silicon core cover removal friend". With it, the heat spreader can be safely removed in less than a minute by placing the processor to be headed in the recording module of the Delid Die Mate X according to the arrow on the CPU. Subsequently, a carriage, which is responsible for the head of the CPU, is slowly and uniformly tightened by means of a hexagonal screw, whereby the heat spreader is completely released and pushed by the processor. With this method, heads can be completely reliably and without any risk of damage.

The previously dangerous basic act becomes thus to the harmless routine and the sensitive silicon die and above all the other, now freilierten components of the CPU remain guaranteed uninsured. Extreme overclockers and all who want to become, the device opens up entirely new possibilities for the professional chime of their CPUs. The problematic additional heat transfer between the heat spreader and silicon is now completely eliminated and the CPU temperature is consequently lowered considerably, which can significantly overclock the CPU. A further advantage is that now a higher-quality thermal compound with better conductivity can be selected and needs, for example of Thermal Grizzly. The results can be seen: under temperatures below 10 ° C to 20 ° C lower temperatures can be achieved.

A popular alternative is, in addition, the thermal interface material itself, For example, by means of liquid metal thermal paste with significantly better thermal conductivity. Afterwards, the heat spreader can be reattached practically as required by means of silicone glue and all process coolers can be mounted as usual. For a reliable connection between the heat spreader and the CPU, the third component of the Delid Die Mate X is required, which is pushed over the recording module and exerts pressure from the top using a vice. Note, however, that there is not too much pressure, as the CPU might be damaged.

German Engineered Perfection - Developed by Overclocking Guru der8auer
The novel "der8auer" Hartung (pronounced "the farmer") is a studied mechatronics engineer (B.Eng.), Hardware enthusiast and professional overclocker from Germany. Despite his comparatively delicate age, he has been active in the extreme overclocking scene for many years and has already made countless groundbreaking world records during this time. The OC-Grandmaster currently occupies second position in the professional "Elite" list of the best overclockers in the world (on HWBot.), Which is also interested in extracting the last drop of power from any high-end hardware .org). Der8auer offers a range of exclusive OC products that enable home users to enjoy stunning performance, such as massively overclocked extreme gaming systems for enthusiasts and overclocking bundles, or self-developed LN2 / DICE containers for liquid nitrogen Or dry cooling.

*** Important warning! ***
Removing the CPU heat spreader is at your own risk and always involves the complete loss of the manufacturing warranty and warranty!

Compatibility: Without the integrated heat spreader, the mounting height of the CPU cooler is slightly reduced, which means that they can no longer be mounted with an unchangeable mounting height. Therefore, make sure that the cooler to be used can also be used at a lower installation height before installation. If you need help, you can contact Roman "der8auer" Hartung personally via this link via e-mail.

Note: A prototype is still shown in the product photos.