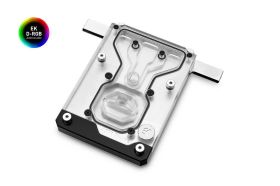 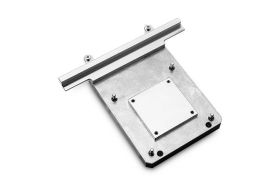 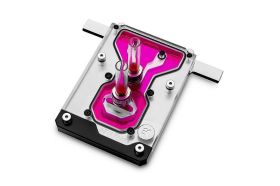 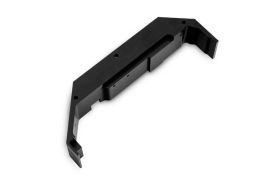 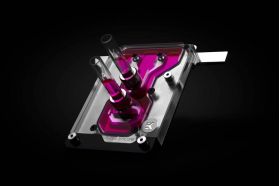 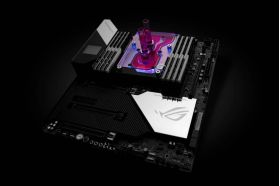 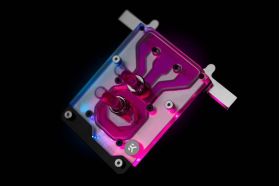 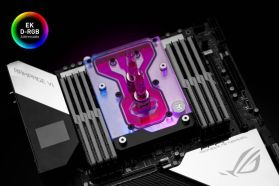 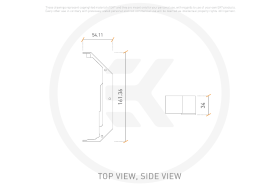 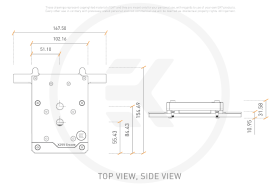 EK® Momentum series monoblocks utilize the 5th generation of the award-winning EK® CPU water block cooling engine, further tweaked for performance and optimal coolant flow! It directly cools the Intel® Socket 2066 type CPU, as well as the power regulation (MOSFET) module providing the enthusiasts with a great solution for high and stable overclocks. Like with every EK monoblock, the EK-Quantum Momentum ROG Rampage VI Encore features a high flow design and it can be easily used with the system using weaker water pump or lower pump speed settings as well. Using a monoblock gets rid of the two small fans that can be found on this X299 motherboard, hidden under the VRM heatsink grill.

The purest nickel-plated copper available on the market is used for the cold plate which is precisely machined to a dense micro-fin structure. The nickel-plated brass screw-in standoffs are pre-installed and allow for easy installation. Top of the monoblock features a CNC machined cast acrylic top piece.

The new cooling engine is characterized by the top-integrated jet nozzle which is combined with a thicker jet plate allowing a more precise bow control. The simplified water block structure offers a more optimized coolant flow and easier maintenance, while the jet plate ensures the best contact surface for the CPU.

The monoblock is delivered with a CNC machined, black anodized aluminum piece that acts as a heatsink for critical components under the I/O cover, such as the network chip, and at the same time, it is the mount for the factory I/O cover, that embodies the small OLED screen.

Unlike other solution on the market, this is a true one-piece, sturdy and reliable liquid cooling product which requires only two connector fittings for proper operation. The enclosed thermal pad is used on voltage regulator modules to improve stability, performance and prolongs the lifespan of the motherboard. For the CPU, please use the enclosed (electrically non-conductive) thermal grease EK-TIM Ectotherm.

The block is already equipped with 3-pin 5V Addressable D-RGB LED strip which is compatible with the motherboard 3-pin 5V Addressable D-RGB LED header. This product is also compatible with popular RGB sync technologies from all major motherboard manufacturers which support the pinout: +5V, D, Blocked, Ground. The arrow marking on the 3-pin LED connector is to be aligned with the +5V marking on the addressable gen2 LED header (ADD GEN2_1 and ADD GEN2_2 marked headers).