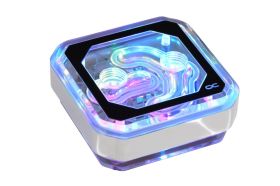 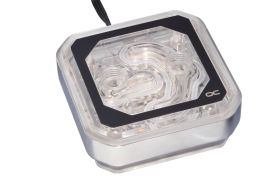 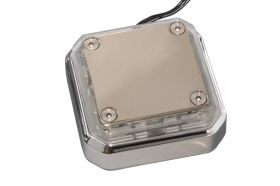 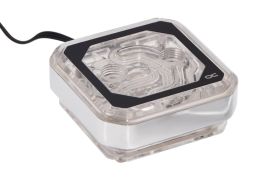 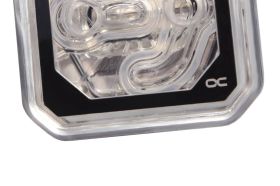 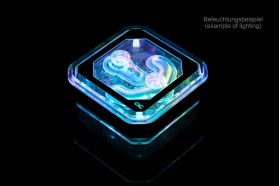 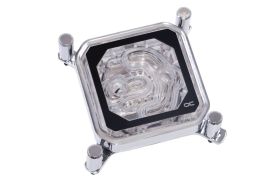 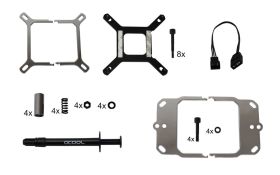 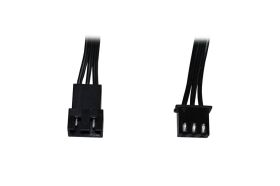 Performance in abundance!
Alphacool already developed and patented new flow technology for the first Alphacool Eisblock XPX series. The so-called "ramp system" ensures an even flow of water inside the cooler and sits in front of the diffuser plate. This ensures that the water is pressed evenly through the diffuser plate, which in turn pushes the water evenly over the cooling base. The cooling channels on the CPU cooler base has also been enlarged to a proud 34 x 32 mm to accommodate the ever-growing CPU DIEs. This is especially true for multi-core processors with 4, 6, 8 or even 12 and more CPU cores. So that the heat from the CPU can be transferred to the water as quickly as possible. 81 cooling fins can be found on the cooling plate to ensure maximum heat diffusion. The fin structure has been reduced to just 0.2 mm in order to create the largest possible surface area in the smallest possible space.

And the lighting?
All new Eisblock XPX Aurora Plexi CPU waterblocks come with addressable digital RGB lighting. The aRGB LEDs are integrated directly into the CPU water cooler and run once around the entire cooling block. With up to 15 digital RGB LEDs the entire CPU block is evenly and intensively lit. Of course, the brightness can be controlled by an appropriate controller. And as with all aRGB LED products all known effects can be created. From simple colour changes to wave effects and rainbow lighting, everything is possible. Of course, the Alphacool Eisblock Aurora coolers can also be connected and controlled via mainboards using the standard 3-pin 5V connector. The cable also has an integrated Y-adapter. This makes it easy to connect further Alphacool Aurora products in series without having to order separate Y-adapters. Extension cables may be needed if you want to connect the products in series, depending on the size of the case.

Is installation difficult?
Mounting the Eisblock XPX Aurora Plexi cooler is simple. The backplate is simply attached to the mainboard from behind. The mounting frame for the AMD or Intel socket is clamped to the cooler and the corresponding mounting screws are pre-attached to this frame. Next, you simply apply thermal paste and you attach the cooler using the screws.

Please note: Remove the protective foil on the cooler base before use!