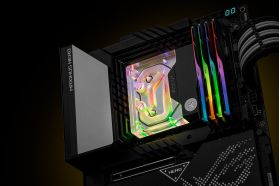 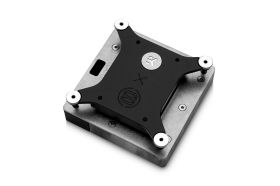 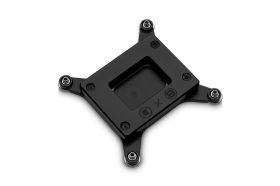 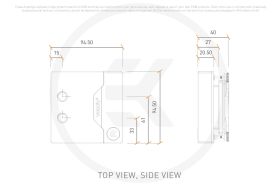 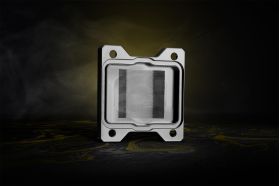 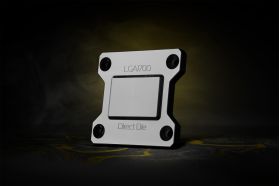 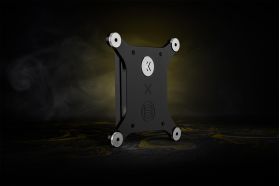 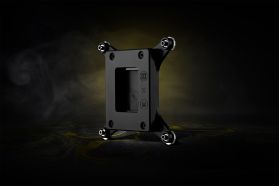 EK-Quantum Velocity² Direct Die D-RGB - 1700 Nickel + Plexi is specifically designed for direct die cooling of the Intel® LGA 1700 socket-based CPUs of 12th and 13th generation Core architecture. It features a direct-die-exclusive cooling engine that is LGA 1700 socket-specific. It requires the removal of the IHS, the process popularly called Delidding. This CPU water block is EK-Matrix7 compliant and is mounted via a reinforced EK-Exact Mount system.

This water block carries significant differences when compared to the regular EK-Quantum Velocity² and is thus exclusive for direct die cooling. It will not work on CPUs that still have their IHS due to differences in Z-axis. The microfin stack is reduced in surface and focused toward the center where the CPU die is located. There is no Integrated Heat Spreader, so heat density will be significantly higher in this location. The base is thicker to further improve cooling and the ability to absorb heat and transfer it to the coolant.

The microfins also go deeper into the coldplate, reaching even closer to the core. The jetplate has a geometry designed to focus on the center of the fin stack with a very high flow rate and even lower restriction than a regular jetplate. A highly compressible foam frame is also added to ensure your liquid metal application doesn't spread over to surface-mounted components on the CPU and cause a short. A secondary purpose is that it also protects the ILM replacement frame made of anodized aluminum. The ILM frame is insulated toward the motherboard to prevent any shorts. The Thermal Grizzly Conductonaut is included in the package.

The Velocity² series water blocks cover the entirety of the socket while conforming to Intel guidelines about safe zones.

The coldplate is manufactured out of the highest grade 99.99%-pure electrolytic copper, machined with precision for the best possible contact and heat transfer which is further nickel-plated.  This version of the water block features a nickel-plated coldplate with a CNC-machined cast Acrylic top piece.

The EK-Quantum Velocity² is an EK-Matrix7 compatible product. The EK-Matrix7 is a product raster that is bound to set a new standard. EK is adding a new dimension to PC liquid cooling, where the height of products and the distance between ports are managed by increments of 7mm. This improves product alignment and reduces the time spent planning the loop and bending tubes. Through the meticulous planning of our products, building a liquid-cooled PC becomes easy and fun, just like toy bricks.

This water block uses a reinforced EK-Exact Mount to account for the ILM replacement frame. This modified version is twice as thick as the regular one. The backplate is insulated via both anodization and a polycarbonate sheet from the motherboard components.

It's screwed in from the back, allowing for seamless and clean front aesthetics without any screws disrupting the harmony of shape. The system uses pre-tensioned springs concealed in the water block top, so the installation is finished and the exact mounting pressure is achieved with only a few turns of the thumb nuts.

This contact frame replaces the motherboard's integrated loading mechanism (ILM) with a frame that bolsters the structural rigidity of the socket, motherboard, and even the CPU. It prevents warping or bending of the CPU and the surrounding area, improving cooling efficiency due to more even pressure applied on the CPU. This ILM replacement also acts as a die guard, not allowing too much pressure to crush the CPU die. To prevent any unwanted electrical conductivity, it is insulated from the motherboard.

This product is compatible with all popular addressable RGB sync technologies from all major motherboard manufacturers. The arrow marking on the 3-pin D-RGB LED connector is to be aligned with the +5V marking on the D-RGB header. 14 addressable RGB LEDs are hidden under the stick-out piece, which acts as a diffuser.

We shouldn’t forget to mention that our Velocity² products have taken home five prestigious awards so far. Their performance, innovative design, and bold approach to creating water-cooling solutions ensured this product line gets the recognition it deserves. The awards given to Velocity² products include iF Design, European Hardware Awards, CES 22, and others.