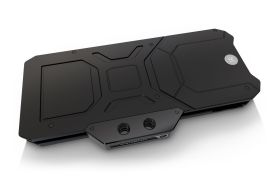 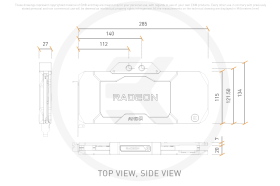 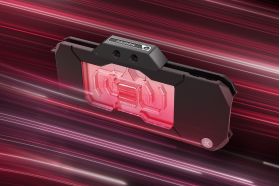 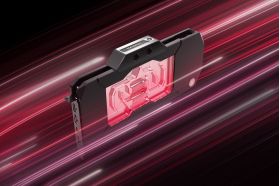 The EK-Quantum Vector² RX 7900 XTX AMD Radeon Edition is a special Vector GPU water block from the EK® Quantum Line made to celebrate the launch of the latest graphics cards based on the AMD® RDNA3™ architecture. The water block is available in limited quantities.

This water block fits reference PCB designs of the Radeon RX 7900 XTX GPUs. For a precise compatibility match of this water block, we recommend you refer to the EK Cooling Configurator.

The new Radeon RX 7900 XTX GPUs have GCD that is manufactured in a cutting edge 5nm process, allowing 54% improvement of performance per watt. While the GPU is efficient, it does still use more power than the previous generation. At 355W total board power that is packed in a smaller package than ever, with 300mm² GCD that contains 165% more transistors per mm² than the previous generation. Overall these GPUs feature 58 billion transistors for 61 TFLOPs of performance.

Special effort went into designing and engineering this water block as it features a black anodized aluminum cover with a cast acrylic window revealing the cooling engine. In contrast to other Vector² water blocks, the cooling engine has been rotated by 90°, so the fins are perpendicular to the die, which its optimal for the chiplet design. For optimal delta, the coolant flows over the graphics core die first, and the memory cache die after. Consequently, all MCDs get the same temperature coolant.

There are no assembly screws visible on the front side of the water block, which is inspired by the aesthetics of the stock AMD Radeon RX 7900 XTX air cooler. This design also allows that there are no screws in the plexi top, and the seal is made by a single main O-ring that is compressed against the acrylic by the cold plate.

The custom-designed black anodized aluminum backplate also imitates the look of the original graphics card using 3D engraved shapes. The backplate acts as additional passive cooling power to components on the back side of the PCB. The backplate also comes with pre-installed captive backplate screws that simplify the installation.

To make the package complete, the water block is delivered with a black single-slot PCIe adapter that can replace the stock two slot plate.

While the water block is made out of several high-grade aluminum pieces, none of them make direct contact with the coolant, so there is no fear of galvanic corrosion.

The cold plate is CNC machined out of pure electrolytic copper that ends up being a 9mm thick nickel-plated piece of art. An acetal terminal is attached directly to it to create a robust assembly.

The addressable D-RGB strip with 9 LEDs is laid on the bottom part of the water block, and it's completely concealed by the aluminum cover, hiding all possible unwanted LED hotspots.

Even though it's a tailor-made Special Edition product, it is still an EK-Matrix7 foundation water block. Matrix7 standardizes the dimensions of the products, including the port position and spacing, making liquid cooling loop assembly more intuitive and easier. EK-Quantum Vector² GPU water blocks follow the EK-Matrix7 standard, making them seamlessly integrate with EK-Reflection² distribution plates. This brings perfect alignment of ports in both horizontal and vertical positions, meaning less time used for planning the loop, bending tubes, and the end result will still be an epic build.

The water block uses a thick 9mm copper coldplate with an acetal terminal attached directly to it to create a robust assembly. A single o-ring design is used to create a seal between the cold plate and the water block top, reducing the number of failure points. This simple construction provides confidence during customization and maintenance. Tactile magnetic covers are used to conceal the terminal screws, which allows rotation of the branding when the GPU is inverted in the case. 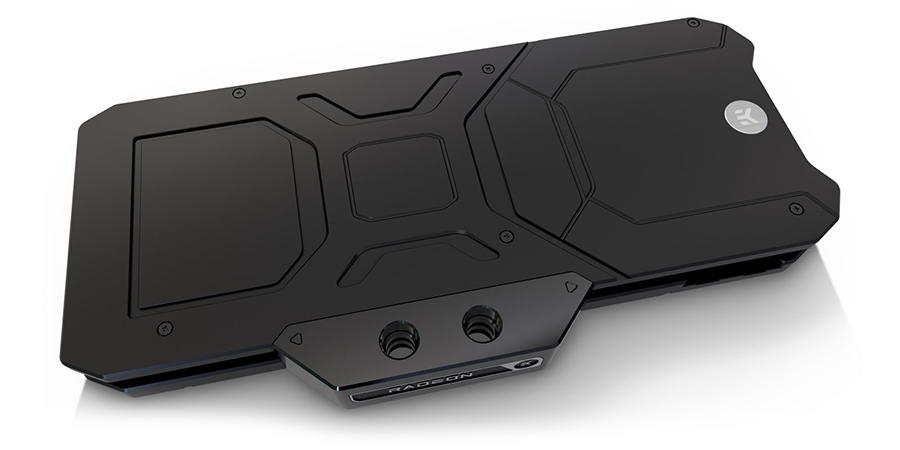 Sleek magnetic covers are used to conceal the terminal screws, which allows rotation of the branding when the GPU water block enclosures are inverted in the case or being used on a vertical GPU mount.