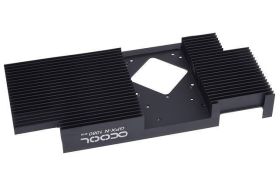 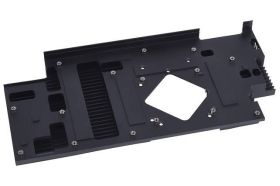 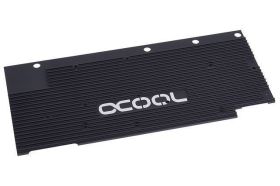 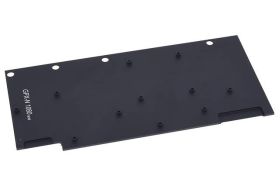 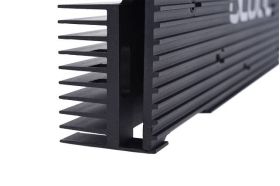 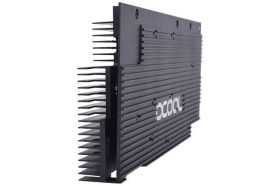 Upgrade Kit
If you buy a new graphics card and want to integrate it into your cooling loop, you won't need to buy a new graphics card cooler, which can get pretty expensive. Instead, you can save money with this Alphacool GPX Upgrade Kit. Simply unscrew the GPX cooler from the old cooling fins and mount it on the new cooling fins - that is, on the upgrade kit. For the best results in cooling performance, first remove the old thermal paste from the GPX cooler and apply a new thing layer between the GPX cooler and the new upgrade kit.

Function
The GPU is actively cooled through ingenious new injection technology. All the other chips are sufficiently cooled through the passive cooler in which the GPU water cooler is enclosed.

Cross Slot Structure
The cross slot technology in the base plate, patented in 2004 and used in the Alphacool NexXxoS XP, has been developed further. The fins and channel structure have been refined. The remaining panes are 0.5 x 0.5mm in size and 2.5mm tall. This enables a very large and fast rate of heat transfer from the copper to the coolant.

SLI Operation
Through the outside-facing inlet and outlet, this cooler can be used in SLI configurations with little difficulty. This way, up to four graphics cards can be connected with the Alphacool GPX SLI Connector.

Cooling fins
Passive cooling happens through perfectly balanced, barely 18mm deep cooling fins, which completely cover the remaining parts of the graphics card. Light air circulation in the case means this cooler is in no way inferior to conventional coolers.