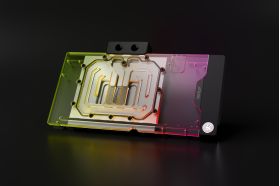 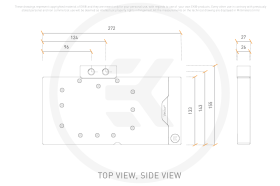 The Vector water block actively cools the GPU, VRAM, power stages, and passively the PCB hotspots that are found on the backside of the GPU core, VRAM, and the VRM (voltage regulation module) through the backplate.

Sleek magnetic covers are used to conceal the terminal screws, which allows rotation of the branding when the GPU water block and active backplate enclosure are inverted in the case or being used on a vertical GPU mount.