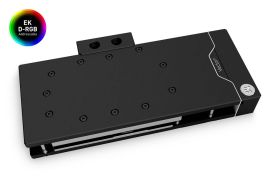 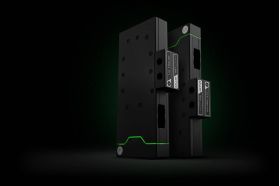 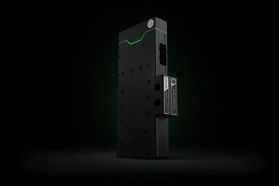 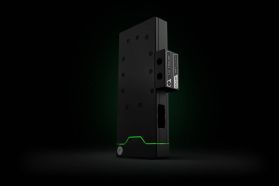 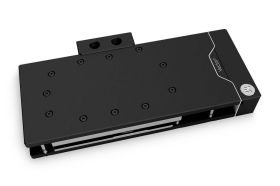 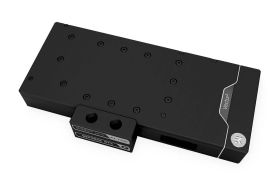 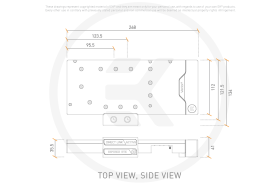 This ultimate cooling set consists of a high-performance GPU water block and the latest generation of Active Backplate cooling solutions as a single enclosure. The GPU backside cooling is now provided by a full-blown water block with its own copper cold plate and a full-length acrylic top. The connectivity is also taken to another level with the "Direct Link" terminals that implement a conventional 4-port  layout, that allows serial and parallel connections from adjacent or opposing sides of the block.

The New Vector² water blocks effortlessly solve the issue of excessive heat generation, during high load, on both the GPU core, voltage regulation module, and the GDDR6X VRAM of the reference design RTX 3080, RTX 3080 Ti, and RTX 3090 graphic cards.

The new look of the next-gen water blocks is dominated by minimalistic straight lines. An 11mm thick copper cold plate and a full-sized backplate water block are used for all Vector² GPU Active Backplate cooling enclosures. The Acetal version of the Vector² GPU water blocks are all black and stealthy but are still equipped with a sophisticated Addressable RGB light guide that goes around the entire water block, making an elegant visual effect even on the backside.

Matrix7 standardizes the dimensions of the products, including the port position and spacing, making liquid cooling loop assembly more intuitive and easier. EK-Quantum Vector² GPU cooling enclosures follow the EK-Matrix7 standard, making them seamlessly integrate with the upcoming 2nd generation of EK Reflection distribution plates. This brings compatibility with the EK vertical GPU mount l perfect alignment of ports in both horizontal or vertical positions, meaning less time used for planning of the loop, bending tubes, and the end result will still be an epic build.

What is Included in the Package

The EK-Quantum Vector² RE RTX 3080/90 ABP Set D-RGB - Nickel + Acetal GPU water block enclosure is compatible with RE RTX 3080, 3080 Ti, and 3090 graphics cards. The Vector water block actively cools the GPU, VRAM (on the front), power stages, and chokes in the VRM (voltage regulation module), the PCB hotspots that are found on the backside of the GPU core, and the VRM (voltage regulation module). On the RTX 3090, the VRAM located on the backside is actively cooled, while the RTX 3080 gets cooling for the PCB located around the front-mounted VRAM. Cooling liquid is channeled over all these critical areas.

The implemented 3rd-generation Vector cooling engine uses a novel 3D machined acrylic insert to improve flow distribution and thermal performance. This new cooling engine is based on an Open Split-Flow design, but the asymmetric shape of the jet insert helps distribute an even flow between the first and last copper fins. The fin structure geometry has been optimized to provide even flow distribution with minimal losses and optimal performances even when used in reversed water flow scenarios. It is also characterized by low hydraulic flow restriction, meaning it can be used with weaker water pumps or pumps running on low-speed settings, and still achieve top performance.

All Vector² GPU water blocks use a thick 11mm copper coldplate with an acetal terminal attached directly to it to create a robust assembly. A single o-ring design is used to create a seal between the cold plate and the water block top, reducing the number of failure points. This also means that you have seen the end of stainless steel bridge plates that were utilized on GPU water blocks before. This simple construction provides confidence during customization and maintenance.

Both cold plates of this GPU water block and the active backplate are CNC-machined out of high-quality, pure electrolytic copper which is then nickel-plated, while their tops are CNC-machined out of durable black Acetal. A black-anodized aluminum side cover is included with every active backplate to conceal the entire PCB and create a seamless enclosure.

These new Vector²  GPU water block and active backplate sets feature a Direct Link flow solution - the first multiple block solution to implement a conventional 4-port terminal layout. That allows serial and parallel connections from adjacent or opposing sides of the block. It was made possible by the addition of a machined brass insert in the terminal itself that diagonally links the water block directly to the active backplate inside the acetal terminal. Direct Link proves invaluable when flexibility is required for the right setup, like in a case of a distribution plate or vertical GPU mount.

Sleek magnetic covers are used to conceal the terminal screws, which allows rotating the branding when the GPU water block and active backplate enclosure is inverted in the case, or being used on a vertical GPU mount.

A dense D-RGB LED strip illuminates the parting line of the stand-out element on both sides of the block. This subtle effect allows vivid displays of color while the block remains entirely black. The individually addressable RGB LED is compatible with popular RGB sync technologies from all major motherboard manufacturers. The arrow marking on the 3-pin D-RGB LED connector is to be aligned with the +5V marking on the D-RGB (addressable) header (Pinout: +5V | Data | Blocked | Ground).