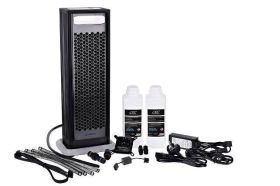 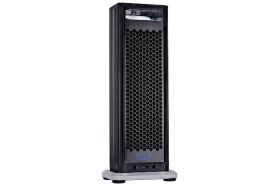 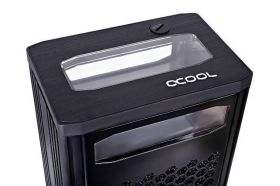 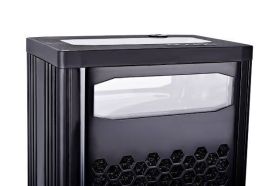 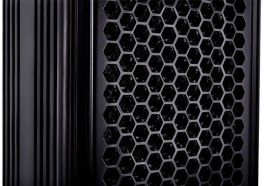 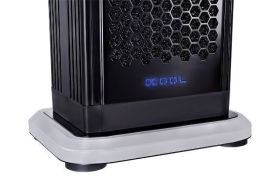 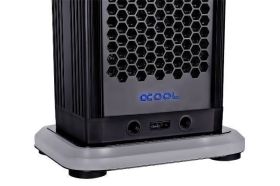 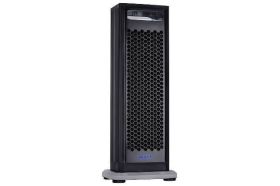 With the Eiswand (Ice Wall), Alphacool offers a complete water cooling set for cooling the CPU.

Thanks to the enclosed quick-release fastener, other components such as the pre-filled Alphacool GPX-Pro ice-card cooler or other radiators can easily be integrated into the circuit. You can easily find a suitable graphics card cooler via the configurator on the website www.Alphacool.com.

The core of the ice wall is the external 360mm full copper radiator, which is equipped with six ice wind fans. The system offers a very high cooling capacity, which is more than sufficient for any combination of CPU and GPU. Copper, as is well known, offers twice as high heat conduction as aluminum, which is often used in favorable systems. The six ice blowers are built in Push & Pull operation. This guarantees optimal ventilation of the radiator.

The illuminated compensating tank is located directly on the external radiator. There, the filling level can be easily controlled by the large viewing windows and filled via the fill port at the top.

The noble and also illuminated floor of the ice wall contains two DC-LT silent pumps which are also used in other systems at Alphacool. For example, the Alphacool Eisbaer, which is highly praised for its low volume. The delivery capacity of both pumps is so high that even in the case of an unlikely failure of one of the two pumps, there is no relevant disadvantage in cooling. A pump is strong enough to keep a simple cycle alive. This guarantees maximum security for the entire system.

The included XP³ cooler is among the strongest coolers on the market and is compatible with all current Intel and AMD sockets. Of course, the set contains all other required parts such as a 4m long hose, corresponding connections and the required liquid. A silent adapter also allows virtually silent operation. The pumps and the fans are greatly throttled by this, and the cooling capacity is only slightly reduced.

With the Alphacool ice wall, they receive an all-round care package for their system.