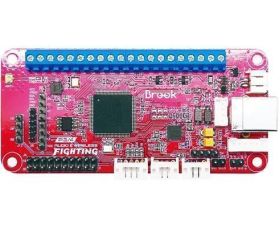 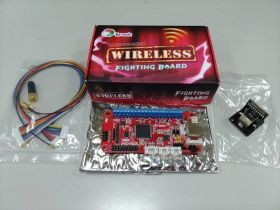 When did you see a wire behind a fighting hero?
Make your arcade stick become wireless device.
Install a wireless fighting board now!

The only wireless fighting board in the world!

The Brook Wireless Universal Fighting Board is a robust, solderless PCBA that works with the PS3 / PS4 / SW / PC!

Consoles of the previous generation - like the Playstation 3 - were home to dozens of arcade style titles, and specifically fighting games such as Street Fighter IV, Guilty Gear, Skullgirls, Mortal Kombat, and many others.  The newest consoles like the Playstation 4, Switch and games on PC's, are building an entirely new A-list of fighting games such as Street Fighter V, Killer Instinct, Guilty Gear Xrd, and Mortal Kombat X.  Many in the fighting game community desire owning a FightStick that offers compatibility with each console, in a manner that is easy to install, and relatively simple to use.

This wireless universal fighting board is an all in one solution for those customers that want to build their own fight stick or arcade machine and have multi-console compatibility.

Notice
This product requires an external PS3/PS4 battery pack for wireless connection with the PS4/PS3/SW console.
See related products below for the battery pack and order it too if you don't have one already.